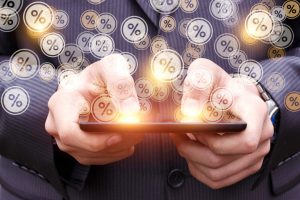 Although interest rates were left unchanged following the Monetary Policy Committee (MPC) meeting on 20 June, an additional dissenting voice has increased the likelihood of a rate rise at the next meeting in August.

The Bank of England (BoE) left interest rates on hold last month but by a narrower than expected margin after the central bank’s Chief Economist, Andrew Haldane, unexpectedly joined the minority of policymakers voting to raise rates to 0.75%. This left the nine-member MPC split 6-3 in favour of holding rates at their current level of 0.5%.

Rates were increased last November for the first time since the financial crisis, and the MPC had looked set to sanction a second rise in May, until the release of weaker than expected first quarter economic growth figures. However, minutes from the latest meeting suggest the MPC expects the poor early-year growth to prove “temporary” and that the pace of growth is likely to have picked up during the second quarter of the year.

While some members of the MPC, including BoE Governor Mark Carney, have previously cited Brexit uncertainties as a key reason not to increase rates too soon, Haldane’s decision to back an immediate rise appears to have altered the Committee’s equilibrium. And this has certainly increased the chances of a hike when the MPC next convenes in early August, particularly if the expected pick-up in growth is confirmed during the intervening weeks.

However, the minutes from the June meeting also reiterated that any future monetary tightening is likely to be “at a gradual pace and to a limited extent“. So, while the odds on a summer rate rise have shortened, it is unlikely to signify an imminent end to the low interest rate environment that has characterised the UK economy for the past decade. 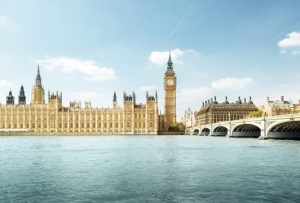 Last month saw further positive news in relation to the government’s finances with another decline in the total level of borrowing as the long process of fixing the state of the public finances continues.

Data released by the Office for National Statistics (ONS) shows that UK public sector net borrowing totalled £5.0 billion in May 2018. This was £2.0 billion lower than the same month last year and the lowest figure for any May since 2005.

It was also lower than the consensus forecast amongst economists and left the fiscal year-to-date borrowing total at £11.8 billion. This was £4.1 billion less than the same period a year ago and represents the best start to a financial year since 2007.

In another welcome boost for Chancellor of the Exchequer Philip Hammond, the ONS also revised down 2017-18 overall deficit to £39.5 billion, which was £1.0 billion less than had previously been thought. This revised figure is the lowest annual level of borrowing for 11 years.

The Chancellor, however, will clearly need all the help he can get as he prepares to raise the £20 billion of extra spending that the prime minister has promised for the NHS in England by 2023, whilst maintaining his commitment to reduce public sector debt.

Indeed, Mr Hammond has already stated that taxes will need to rise in order to fund the extra spending on the health service. However, the recent improvement in the state of the public finances has at least left the Chancellor with a little more ‘wriggle room’ as he grapples with his latest fiscal challenge which will be unveiled during the next Budget this autumn. 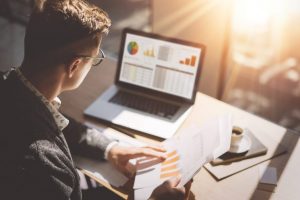 Economic data in the US was mixed, with disappointing consumer spending but improving

wage growth. The Fed rose interest rates in June, with further hikes this year anticipated. Ongoing trade concerns and rising tariffs seemed to dampen investor enthusiasm. Further concern came as Canada announced $12.6 billion in retaliatory tariffs on US goods in response to those recently imposed by the US on steel and aluminium imports. With trade tensions in focus throughout the second quarter, stocks didn’t make large gains despite the strong round of corporate reports in Q1. With the US administration due to activate tariffs on Chinese goods worth $34 billion in early July, a response from Beijing is likely.

The Nasdaq Composite closed the month up 0.92% on 7,510.30 and the Dow Jones closed on 24,271.41, down 0.59%. Investors generally felt technology companies and smaller, more US focused companies were safer options in the face of trade tensions.

Brent crude closed the month higher at $79.44 a barrel, a rise of 2.38% on the month. Oil logged strong weekly, monthly, quarterly and first-half 2018 gains as long-running efforts by OPEC (Organisation of the Petroleum Exporting Countries), increased demand and supply disruptions, pushing prices higher. Gold closed the month down 3.49% at $1,253 a troy ounce.

UK workers are still waiting for a significant boost to their wages despite continuing tight labour market conditions that would traditionally have been expected to deliver a surge in pay settlements.

According to the latest official data, average weekly earnings excluding bonuses rose by an annual rate of 2.8% in the three months to April 2018. While this did represent a 0.4% increase in real terms, it was also a slight decline from the 2.9% rise recorded in the previous three-month period.

This suggests a loss of momentum in wage growth following the upward trend that had been evident over recent months. And this stall in earnings growth was somewhat unexpected given the continuing robust state of the UK labour market.

Industry surveys also provide little evidence of any imminent upward pressure on wage settlements. For instance, a survey by XpertHR revealed that median pay deals offered by major UK companies in the three months to May was 2.5%, a similar level to typical offers since the beginning of 2018.

A number of factors are believed to account for this relatively modest growth in earnings, including the public-sector pay cap. In addition, a lack of investment since the financial crisis has constrained productivity levels, while weaker trade unions and the rise of the ‘gig economy’ have also played their part in dampening wage demands.

The latest data, however, is once again likely to leave policymakers perplexed as the labour market continues its reluctance to conform with the widely-held economic principles linking strong job creation to strong pay growth.

A strong bounce in retail sales growth has provided the ailing retail sector with some much-needed respite during the past couple of months.

Official data published by ONS showed that retail sales volumes rose by 1.3% in May compared to the previous month, significantly higher than the consensus market forecast of a 0.5% increase. In addition, April’s figures were also revised upwards to show a 1.8% increase in sales volumes.

The surge in sales during May was largely driven by a sustained period of hot and dry weather along with the Royal Wedding celebrations that both provided a boost to spending in food and household goods stores. A drop in inflation over recent months, along with modest growth in wages, will also have provided some boost to consumer spending power.

This improvement in retail sales is also expected to continue over the next couple of months with the World Cup likely to underpin relatively strong spending across both June and July.

However, while this pick-up in sales will certainly bring some relief to the beleaguered retail sector, it has clearly come too late to prevent a string of store closures and a spate of failures for a number of high-profile retailers. These include Marks & Spencer and House of Fraser, who both announced plans to close stores during the past couple of months, and discount chain Poundworld which entered administration in June.

The difficulties being experienced by the traditional high-street retailers partly reflects a structural shift within the retail environment towards online shopping. And this trend was confirmed within the ONS data, which showed that internet sales continued to rise with online spending for food, department and clothing stores all achieving new record proportions of online retailing in May.